A quick edit - we now know that this ware was made by Daniel Steenstra at Crown Lynn.  This was discovered by Rosemary Deane, the Curator of the Crown Lynn museum Te Toi Uku.  She interviewed John Heap who was assistant factory manager in the 1960s-1970s, and he was able to give her the background.
I will add more to this when I have the time. Meanwhile here is the link to the Te Toi Uku information.
https://tetoiuku.org.nz/story/the-real-maker-of-the-rhodes-vases/?fbclid=IwAR0kj8-3yo_7teFwZ1DRMNME9BnFWmOR8aGT9QVtxk3BlocQdlOkC8sTd0g
For years now I have been trying to work out who made the Crown Lynn terracotta vases.  They look like this (my one and only example.) 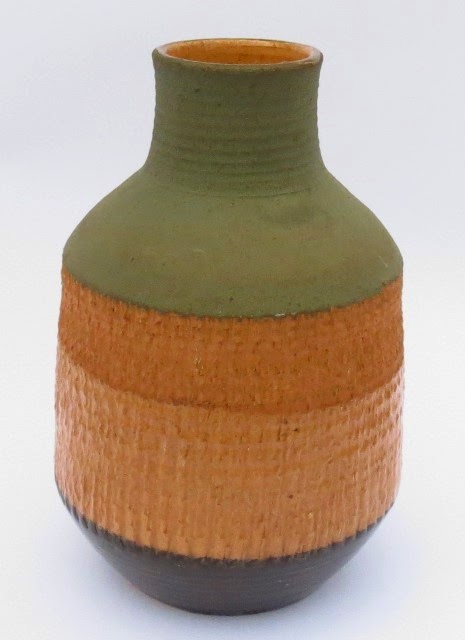 They are hand thrown and have a Crown Lynn star and tiki stamp on the base. My example is 16 cm high and most are a similar height or smaller.
These pots are quite classy - hand thrown terracotta which has often been textured with some kind of tool, then dipped in various glazes and slips (the muted green around the neck of my pot above is coloured slip - a mixture of runny clay and a mineral colour.) 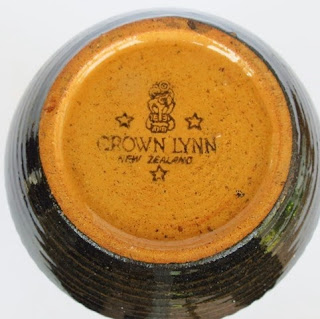 The terracotta ware was first mentioned in Gail Henry's groundbreaking book New Zealand Pottery Commercial and Collectable. When I was interviewing Crown Lynn's founder Sir Tom Clark I showed him the photos from Gail's second edition (page 196) and he said no, Crown Lynn  would never have made anything out of terracotta, because coloured clay would have contaminated the machinery, discolouring the white clay body which they were working so hard to develop.
Which leaves us with a problem!
There is no doubt that these pots are Crown Lynn, they are clearly stamped with the star and tiki mark, which was used from about 1948-1955.  And my pot is by no means a one-off - see the lovely collection below, belonging to mumof1 from the New Zealand Pottery website. 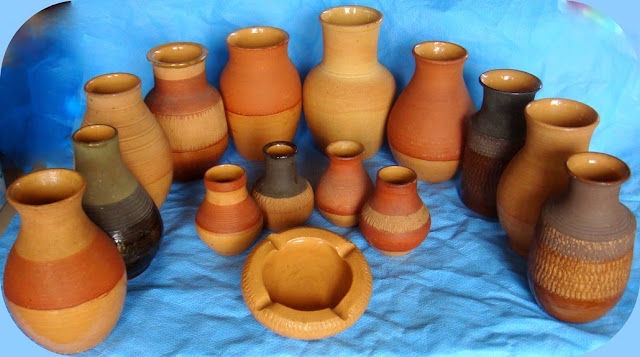 Unfortunately during the time when I was interviewing Tom I didn't own one of these pots, and I didn't take the time to pursue the mystery. Now I am not aware of anyone who worked at Crown Lynn during that early period who is still with us.
The terracotta ware has been attributed to a couple, Arthur and Olive Rhodes - but I am struggling to find any meaningful reference to potters with this name.  So far as I can ascertain, the reference to the Rhodes' comes from the catalogue of the huge Jim Drummond sale at Art + Object in Auckland on 3 May 2009. Here is a link to that exceptional catalogue, a real gem and thanks so much to the auction house keeping it online.  The terracotta vases are items 232 - 234, page 15.
Anyway. Jim told me that the reference to the Rhodes' which he used in his catalogue came from an old exhibition catalogue, but he couldn't find a copy to show me (by the time I asked him, several years had passed since Jim had closed his wonderful antique shop, and his papers were stored or dispersed.)  I have asked the auction house, and everyone else I can think of if they know anything about Arthur and Olive  Rhodes but so far I have drawn a blank.  Which troubles me.
An online search reveals that Arthur Rhodes was a noted baseball player in the U.S. but not much else.
Te Papa has one of these pots in their collection - 'attributed to' Rhodes.
Ev from the New Zealand Pottery website has done a thorough search for Arthur and Olive without success.
There are other references on the NZ Pottery site - click here then do a search for Rhodes - but everyone seems to have drawn the same blank.
And nothing useful appears even if you do an international online search.
It seems very very odd that such accomplished craftspeople have disappeared without trace.
So let's say that these pots were made by someone other than the elusive Rhodes? Umm... who?   The two main hand potters associated with Crown Lynn were Ernest Shufflebotham and Daniel Steenstra, although there were others.  Shufflebotham is known for his pure elegant forms, mainly white and pastels. These shapes don't really look like his.  And Steenstra joined Crown Lynn in 1953, at most only a couple of years before - to my knowledge -  the star and tiki stamp was discontinued.  The pots are more in his style than in Shufflebotham's, but I have never seen a reference to Steenstra making anything at Crown Lynn out of terracotta. And all his work I have seen so far is rounded rather than angular. He did use texture to decorate some of his work, but that's about the only connection, and a flimsy one at that. 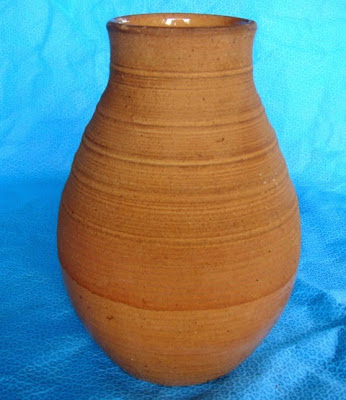 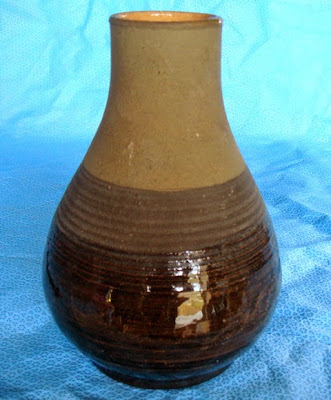 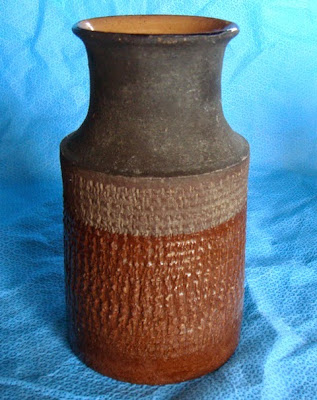 So what do we know?
This terracotta ware was made by Crown Lynn, probably between 1948 and the early to mid 1950s.
They are hand-thrown by someone who knows what they are doing, then textured with a tool, then decorated with coloured slip (slip is liquid clay) and with glaze.
They were most probably made by someone away from the Crown Lynn factory - I say this because Tom Clark had no memory of them, and because they are made from terracotta which would not have been allowed anywhere near the machinery which mixed the white clay body which Crown Lynn developed for its domestic ware.
The range appears to consist of all sorts of vases and a few ashtrays. 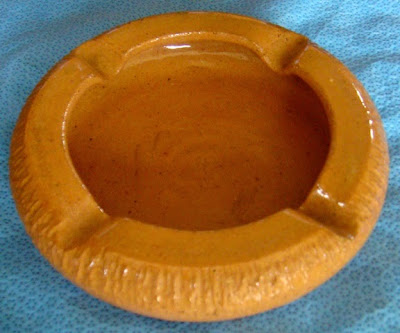 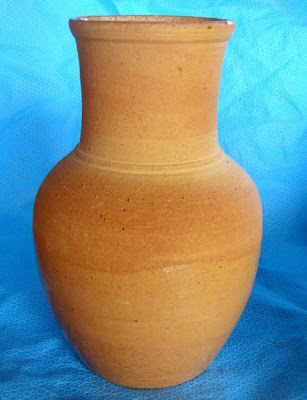 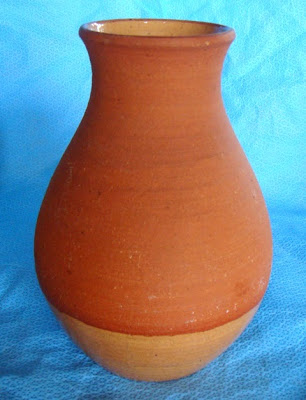 So the jury is still out on this one.  My best, most 'educated' guess, is that there was a potter who worked outside the Crown Lynn factory somewhere, who made a job lot of these hand-thrown pots which were sold under the Crown Lynn brand. Who it was, I have no idea.  Sadly so many of Crown Lynn's paper records were destroyed over the years in factory fires, or dumped when the factory closed in 1989.

Our only hope is that something turns up in the records which are now held in Te Toi Uku, the new Crown Lynn museum in West Auckland. This museum, which is open by arrangement, houses a large collection of papers and objects collected by the late Richard Quinn. Researchers are currently sifting through this collection so who knows - something may turn up. Here's hoping!

EDITS TO ADD - Ev Williams from the New Zealand Pottery website has some interesting thoughts on this pottery. Well worth a read.

My apologies for the lengthy gap between posts. Hopefully I am back on track now.
More soon
ValM